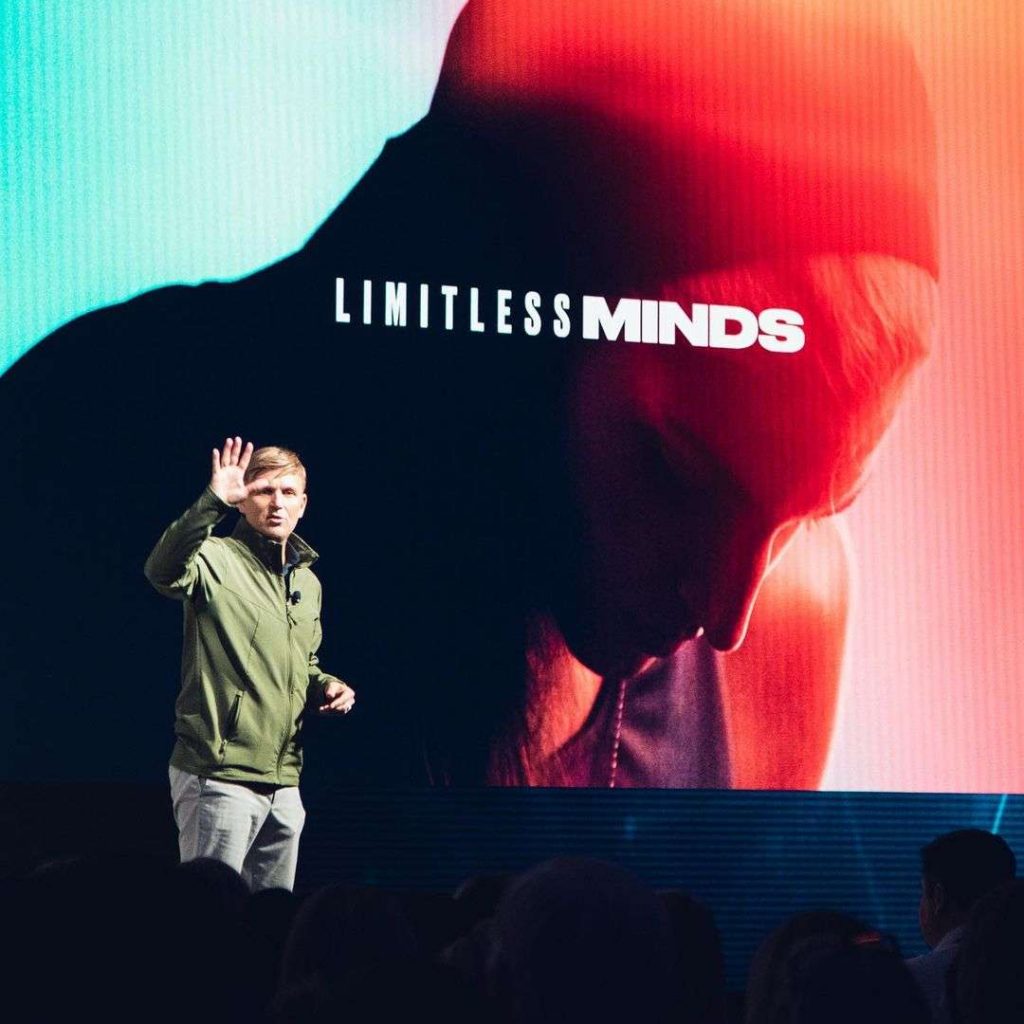 “And You Keep Going”: Trevor’s Legacy to Us

One year ago this week, we lost our beloved Co-Founder, Trevor Moawad. There’s no doubt that Trevor left us too soon. He also left us with too much; it would be a terrible waste to not do something amazing with it.

The world knew Trevor’s name and many of his accomplishments. He wrote two brilliant books. He was Director of Performance at IMG Academy, impacting countless young athletes through his work. In 2017, Sports Illustrated named him “The World’s Best Brain Trainer.”

Apart from being Limitless Minds’ Co-Founder Russell Wilson’s mental conditioning coach, Trevor trained many other elite individuals (Eli Manning, Alex Smith, Vince Carter, and a handful of UFC, US Soccer, and MLB athletes, to name but a few). His consulting relationships ranged from the Oklahoma City Thunder to the Special Operations Community (Navy SEALs) and NCAA football programs. He spent nine seasons with Nick Saban at the University of Alabama and worked with both Florida State and The University of Georgia’s football programs.

“Seemingly, every athlete he ever worked with overachieved,” says Limitless Minds’ Director of Performance and Coaching, Josh Lifrak. “It was no coincidence that everyone he was around made the most of their talent.”

Those of us that knew him knew even more. Alongside the news articles and public accolades, today we want to share insight into this man who is, quite frankly, impossible for us to ever forget.

Growing up with a motivational speaker as a father, Trevor received “a seminar at the dinner table” every single night. His father, Bob Moawad, was a Co-Founder of Chicken Soup for the Soul and a huge believer in the power of positive thinking.

Naturally, the dream is that every generation takes what they’ve learned from their parents a step further. On top of the nightly wisdom he received, Trevor saw how his dad impacted people. Through his father, he learned the power of being intentional in how you learn and how you think—and what that can do to individuals, teams, and organizations.

Although he revered his dad, Trevor had to go through his own evolution. His philosophies were different (see: positive thinking versus neutral thinking), and he had to navigate that. Internalizing what his dad said and did, he took things one step further and built his own career. Even more so, he showed us that we can do the same—one next right step at a time.

“Trevor was like an artist. He was brilliant. One of the smartest people I’ve ever met,” says Limitless Minds’ President and Co-Founder, DJ Eidson. “His ability to connect with people was unbelievable. I’ve seen enough people speak to know this man was really, really special. It’s like lightning in a bottle, and I’m very happy I recognized that and embraced that early on.”

Trevor gave the world so many impactful and memorable one-liners, it’s nearly impossible to choose a favorite. One of the standouts was “you don’t have to be sick to get better”—still a core philosophy at Limitless Minds and something we tell ourselves each and every day.

“That was one of his amazing skills. He would give you this belief in yourself. Actually, he wouldn’t give it to you—he would pull it out of you. Complicated things would seem simple, and you could go out and do it,” Josh adds.

In his classic Trevor way, he was also able to “riff” on any phrase, making it personal and memorable to whoever was lucky enough to hear it. With a smile, DJ recalls how Trevor once made his “you don’t have to be sick to get better” message even “stickier” for him, remarking after a great presentation that “even the beast can get beastier.” He always knew there was a next right step, another lesson to learn.

When Trevor became sick, those close to him saw him take his own lessons to heart. On one of many visits toward the end of his life, Trevor asked DJ if they could go on a walk. Sometimes they’d make it a couple miles, and sometimes just a few steps, but on one particular occasion, they found themselves outside a local church.

At that moment, DJ saw his friend physically embody his lessons. Stricken with cancer but still 100% Trevor, he was literally taking his next right step, then and there. The path looked different than it had before, but it was still stretching out in front of him—and he was making the very most of it.

“In your biggest challenges, where there are huge changes, when the adversity is high, the pressure mounts up—that’s where you have to lean into those fundamentals that he taught,” DJ says. “It’s one thing to say ‘this is how I think you should do something,’ but when I saw him going through the biggest challenge of his life, and saw him put those principles into action, that’s how his teachings culminated for me. That’s where I learned the most from him.”

This week, during an all-staff meeting, we had the opportunity to honor Trevor. Those that knew him told stories, and those that didn’t told anecdotes about how his impact has shown up in their lives.

Like we’ve said, there’s so much we know about Trevor. He loved ‘80s and ‘90s movies. He could connect with anyone, often delighting them by speaking their native language (he spoke several). He was funny and surprising—once, he wore a ski jacket to a Zoom meeting for no good reason, and he cracked those on set up with his dance moves between video takes when filming content. There was a time in the early 2000s where he sneakily threw candy and tennis balls at IMG interns while ducking behind a sofa, just for fun.

There’s also a lot we don’t know, and so much we will continue to learn. Trevor believed in what he was teaching so much that he knew it could change the world. His legacy is the mission of Limitless Minds. It’s something we uphold and encourage others to learn from every single day.

We simply can’t talk about optimal and peak performance—for individuals, for teams, or for organizations—without thinking of our dear friend. At Limitless Minds, we help the best get better, partly because we had the very best show us the way.

Trevor, we love you, we miss you, and we will not let you down. In your words and in your honor, we will “keep going.”

Trevor always left a coaching session with a takeaway, so here’s one for you. How do you consider your own legacy? How can you take what you’ve learned, especially from those that have meant a lot to you, and advance it?

Think about that, then use your answer to guide how you show up. You see, it doesn’t matter where you came from, all that matters is what you’re doing right now. That creates the legacy.

Thank you for everything, Trevor. The best is ahead.

Stay in the know.

Coming in Fall 2021 to Lake Nona in Orlando, FL

Our mindset strategies were pioneered by co-founder Trevor Moawad, a renowned mental conditioning coach, and tested under the intense pressures of top tier athletic programs. Since then, we’ve adapted these mental conditioning strategies and brought together world-class coaches, behavioral science, and technology to drive sustainable gains for businesses. Additionally, Limitless Minds is making mindset training more effective and accessible than ever.

Over 5,000 teams are using Limitless Minds to unlock their workforce and maintain lasting performance.